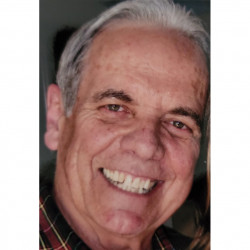 Roger Kohler passed away peacefully on October 11 2022 in Sarasota, Florida surrounded by his loving family. He was 76 years old and had been battling cascading health issues over the last few years.

Roger was born in Sydney, Australia, in 1946 to Norm and Ann Kohler. He is survived by his wife Adele, daughter Emma Gatehouse and husband James, sons Christian and Julian, sister Lilli Parsons and husband John and their children Sophie and Christopher, his grandchildren Ollie and Lily, sister-in-law Gay Kohler, niece Katherine Walker and husband Danny, and their children Joshua, Ella and Olivia. Roger was predeceased by his brother Rev. John Kohler, niece Annamarie, and his golden retriever, Bella. He leaves behind many other good friends as well as his beautiful golden retriever, Brindee. His laughter and gentle soul will be missed by many.

Roger attended the Kings School in Sydney Australia before going on to study Engineering and join the family business. Roger’s quest for worldliness began in his early twenties when he travelled to Europe to work and to learn more about his Swiss heritage.

After returning to Sydney, Australia, Roger acquired a taste for Real Estate and began a lucrative career in Property Development in the early eighties. He was responsible for the development of Harbourside Shopping Centre in Darling Harbour, Sydney, which was opened by Queen Elizabeth in 1988. He also was a major participant in the development of Skygarden in the Pitt Street Mall in Sydney’s central business district (CBD), which won title of Best Development in the World.
Although he was truly passionate about his career, he was always able to balance work and family.

In 1995, he met his wife, Adele, who hailed from the US and was visiting Sydney for a two-week vacation. A beautiful love story began, and this vacation became 10 years.  Roger wanted to slow the hectic pace of his career, so he opened up his own company, Neutral Bay Realty, which focused on renovating and converting old, dilapidated apartment buildings into lovely condominiums.

Soon, however, the sensitive and selfless person he was could see how dearly Adele missed her family in the US, so in 2005, Roger and Adele moved to the US, where Roger slowed his career as he gradually eased into retirement. Roger and Adele settled in Cape Cod, Massachusetts, a chapter in their lives where many happy memories with family and friends were made. In 2010 Roger had open heart surgery, and his life slow tracked once again. Roger, being one of such positivity and inspiration, decided to write a book about his experience called A Piece of Cake. He said if it could “help save just one life,” it would be worth it.

In 2021, Roger guided their move to a lovely community in Venice in the Sunshine state, Florida. Soon thereafter, Roger’s many health issues escalated, but Roger knew Adele would have all the support she needed when his time came. Unfortunately, that time came too soon. Roger was truly one of a kind - a rare man of integrity. He will be deeply missed.