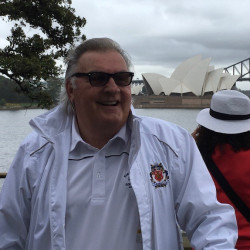 We are mourning the death of David Alan Boyce, “The People’s Choice” of Sarasota, Florida who died on January 15, 2023. He is survived by Brother, Bert of New Hampshire; significant other,  Betsie Coolidge of Sarasota; sons Douglas, New York; Joseph, Colorado; grandchildren Jared, Jamin, Jacob and Jenna as well as a great grand daughter, Kyla Rae all from Colorado. He was the sole owner of Boyce Enterprises, a home building and construction company in Sarasota for 40 years. He has been and will he missed by all his golfing buddies.

A service will be held on Tuesday, February 7th at Sarasota National Cemetery at 2:30.   Donations can be made to Tidewell Hospice of Sarasota.