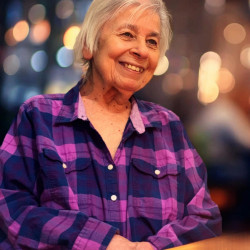 Carol Irene (Lane) Dalton of Venice, Florida passed away in her home on Tuesday, September 13th, 2022 at 76 years old.
Carol was born on August 30, 1946 in Monroe, Connecticut to Irene (Charney) and Donald R. Lane, Sr. Her family moved to Nokomis, Florida in 1956. She graduated from Venice High School in 1964. She was a member of the Venice/Nokomis chapter of the International Order of the Rainbow for Girls, Venice/Nokomis Old-Timers Committee, Venice High School Class of `64 Reunion Committee, and Venice High School All Class Reunion Committee. Carol was married to Craig Dalton on February 20, 1971 in Venice, Florida and remained his loving wife and best friend for fifty-five years. Carol worked as an admitting clerk at the local Venice Hospital where she was employed for fifty-three years until she was forced to retire for her health earlier this year in April. While employed for the hospital, she was also hired by a pharmaceutical company to travel around the country and give lectures to medical professionals on rheumatoid arthritis. Carol herself had suffered for over forty years with the crippling chronic disease. In her sixties Carol was diagnosed with stage four endometrial cancer. After a few surgeries and countless rounds of chemo and radiation, Carol had gone into remission on two separate occasions. Unfortunately, the third return was what claimed her life in the end. Carol was a hardworking fighter, working through all of her treatments. Carol was the type of person to always make you feel safe and comforted. Even when she was feeling her worst, she was always more worried about how everyone else was doing. She was the type of person who made sure that when your birthday came around every year that you would receive a card and a cake. Even if she herself did not have two dimes to rub together, if she thought you needed money for anything she would give you her last penny. She always kept her kids' and grandchildren's favorite drinks and snacks on hand just in case one of them paid a visit. You would never hear her utter a complaint about anything. She was a lover of art, music, soap operas and more than anything her family.
Carol was preceded in death by her father, Donald R. Lane. She is survived by her husband Craig of Venice, Florida, her two daughters; Kimberly (Dalton) Bridge (Shawn) of Mifflinburg, Pennsylvania, and Stacey (Dalton) Jordan (David) of North Port, Florida, and her seven beloved grandchildren; Kaylee Jordan, Nathan Jordan, Noah Jordan, Kaleb Jordan, Braden Bridge, Kaitlyn Bridge, and Daniel Bridge. She was also survived by her mother, Mrs. Irene Lane of Nokomis, Florida and her four brothers; Donald Lane, Jr. of Nokomis, Florida, Raymond Lane (Beth) of Venice, Florida, Wayne Lane (Lisa) of Venice, Florida, and Scott Lane of Nokomis, Florida, and several nieces and nephews.
A memorial service date and time will be announced on a later date. Carol's family is grateful for all condolences, flowers, and donations.