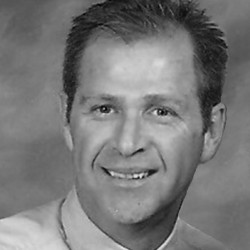 Bradley was born October 12, 1955, in Mount Pleasant, Michigan, son, of the late Wendell Lewis Cook
and Glenna Jean Ford Cook. He was also preceded in death by an infant brother, Terry Wendell Cook.

Bradley attended Farwell Michigan area schools, until 1970, when he moved with his family to Amelia,
Ohio, where he attended West Clermont schools, and graduated from Glen Este High School in 1973.
He served in the United States Air Force and was stationed at K1 Sawyer Air Base in Marquette,
Michigan. At the completion of his service he remained in Marquette, where he met and married
Marcia Geer. They had two sons, Dylan and Schuyler Cook.

Bradley later relocated to Bradenton, Florida, where he acquired both his residential and commercial
contracting license. He was a contractor his entire adult life and built and designed many homes in
Michigan, Ohio, and Florida.

He married Cynthia Balkham in 1999, and they later relocated to Venice, Florida to help Cindy's mother
with her health needs.

Bradley's hobbies were flying, boating, playing guitar, performing magic tricks, and riding his motorcycle.
He loved aviation and acquired his private, IFR and commercial license. He was often recruited to
perform magic tricks for family events and even social events.

Bradley loved to brag about his children and their accomplishments, and always had pictures to show,
and stories to talk about, after seeing his grandchildren.

When asked about all his family, Brad would always say, "l have the best family in the world".